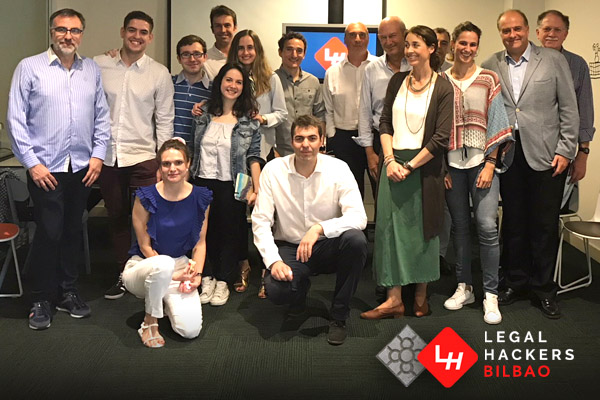 What is your first impression when you hear the term ‘hacker’? Let me guess. A person who hacks a system illegally and damage companies, creating a financial problem or stealing data? This reputation took shape in society at the beginning of the development of the era of the Internet. Could you ever imagine that hackers could make your life better and more secure in different spheres? For example, protecting your rights. Or that hackers could make justice accessible for six billion people all over the world?

Approximately six billion people in today’s global population don’t have adequate access to justice. Every year, one billion people face a new justice problem. Of the most severe ones, a mere 18% are completely resolved. The statistic says that 80% of US citizen can’t afford lawyer services in civil matters because they are too expensive. You can imagine how detrimental the situation is in less developed countries. The consequences of this are very serious: violence, loss of livelihood, damaged relationships, and health problems. Justice must become more user-friendly to change this. Legal tech can solve these problems.

Let’s start over. Hacker culture began in the late 50s at the Massachusetts Institute of Technology (MIT), where brilliant technology enthusiasts would work day and night to build computer games and programs. These early hackers lived by an ethos – known as the “Hacker Ethic” – that viewed computers as a tool for creative exploration, fun, and a public good. Since then, hacker culture has spread through free and open source software and maker communities, as well as through computer security experts. Although this last group of security experts makes up a minority of hacker culture, it is what most people consider when they think about hackers. This group falls into two general categories: black hat hackers and white hat hackers.

Despite the fact that the media perceived ‘hackers’ as associated with harm, there have always been those who seek to do no harm. These hackers practice ‘white hat’ ethical hacking.  The Cambridge Dictionary says that a ‘white hacker’ is a person who gets into computer systems without permission and has morally good reasons for doing this. White hackers are an integral part of the cybersecurity community. They exploit systems to make them better or to provide their own systems and keep black hat hackers out. For example, one of the white hat companies – Hacken offers a cybersecurity utility token for a full stack of countermeasures, aimed at reducing threats, vulnerabilities, and attacks by eliminating or preventing them. The utility token named HKN is the only payment method inside the Hacken ecosystem.

In 2012, in New York, a global non-commercial community of lawyers appeared: IT specialists who all work at the intersection of technology and law – Legal Hackers. It was the time of protests against two proposed laws in the US Congress – the Stop Online Piracy Act (SOPA) and the Protect IP Act (PIPA). People were concerned that the bills intended to provide more robust responses to copyright piracy arising outside the United States, contained measures that could possibly infringe online freedom of speech. After discussing innovations in copyright law, for the first time, American lawyers tried to answer the question of how they could use technology to resolve legal issues. Professor of the Brooklyn Law Incubator & Policy Clinic, Jonathan Askin, students from the Brooklyn Legal Incubator, and policy-makers decided to hold the first ever hackathon of legal innovations, held at Brooklyn Law School in April 2012. It was Jonathan Askin’s challenge to an auditorium of law students, lawyers, and entrepreneurs at the first-ever Legal Hackathon, a day-long event held Sunday at Brooklyn Law School to help lawyers, traditionally the guardians of rules, think more like hackers, the mischief makers and problem solvers of the tech world.

The meeting was called New York Legal Hackers. After a successful hackathon, the idea of having these meetings was accepted by Washington, and then the community spread to other states and continents. In 2015, the co-founder of DC Legal Hackers Jameson Dempsey presented the Legal Hackers Community, with other core members: Phil Weiss, Rebecca Williams, and Lauren Mack. Jonathan Askin became an advisor of Legal Hackers.

Today, Legal Hackers chapters have spread to all continents and exist in 110 cities in the world. Every year, the community gathers more and more people from all over the world. Some countries have several chapters in different cities. For example, there are nine chapters in Brazil which are so active that the total number of participants is about 1,500. Brazil’s legal market is really huge. Brazil was ranked as the country with the largest number of lawyers in the world. With a population of  210 million people, they have one million registered lawyers. Also, there are more than a million law school students – the potential for automation and integration of legal innovations in this country is truly enormous. 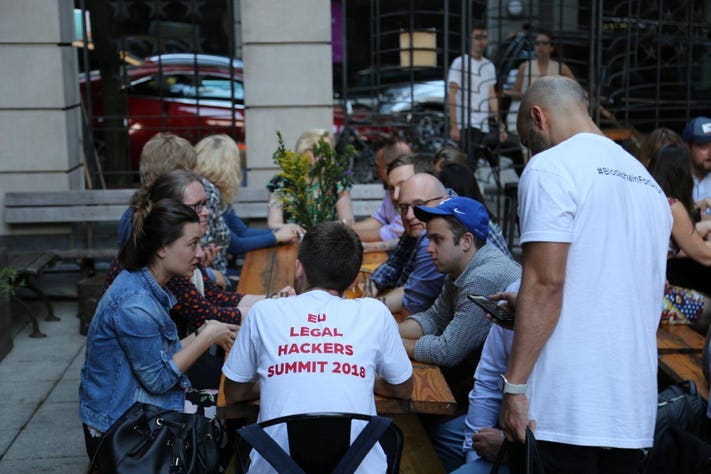 Participants of the International Legal Hackers Summit are interacting with each other.archive photo Valentin Pivovarov

Talking about Europe, in May 2018, the Kyiv Legal Hackers team held the first European Legal Hackers Summit in history and gathered about 150 participants from 12 countries, who shared their international perspectives and ideas for legal tech development in their countries.

During the first Eastern Europe LegalTech Hackathon in May 2017, a project was created called Pinky Solution which six months later was recognized as one the best legal innovation of the year by the version of The Hague Institute of Innovation in Law and received a grant for the development. It’s an online dispute resolution platform – its approach avoids judicial red tape and an additional waste of time and money for proceedings by using the advantages of e-commerce.

After attending the LegalTech Hackathon in May 2017, lawyers from Moscow created the Moscow Legal Hackers chapter. The project FastLaw was created at the Moscow LegalTech Hackathon in November 2017, took first place there, and became a member of the Skolkovo IT Cluster. FastLaw is a smart assistant that can help with small matters such as hiring employees and solving legal and accounting issues for the automation of standard business processes. Founders of FastLaw say that the conversion of paper documents into a machine-readable form for further analysis, and analysis of contracts for typical risks under compliance and due diligence are the most in demand in the legal market in Russia. 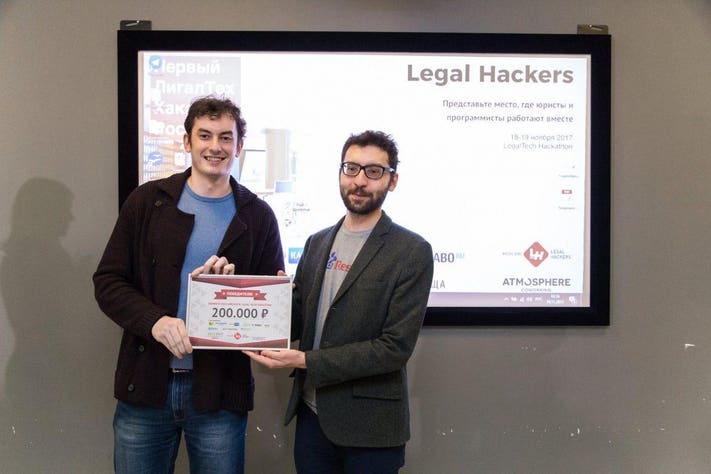